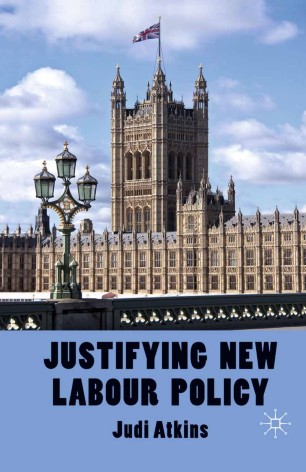 An original combination of theoretical innovation and a detailed empirical analysis of the ideas, language and policy of New Labour. Politicians often appeal to moral principles and arguments in their efforts to win support for new policy programmes. Yet the question of how politicians use moral language has until now been neglected by scholars.

JUDI ATKINS is Research Officer in the Department of Politics and Cultural Studies at Swansea University, UK. Her research interests include political argumentation and rhetoric, ideology and British politics, and she has published a number of articles in these areas. She is currently working with Alan Finlayson on a Leverhulme Trust-funded project on British political speech.