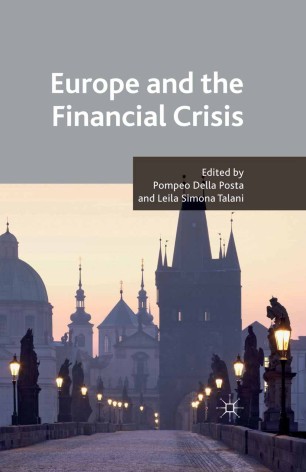 Europe and the Financial Crisis

The global financial and economic crisis has brought about many effects that are still difficult to interpret univocally. This book studies the consequences of the crisis on Europe by examining the effects on the European institutional setup, governance and architecture and by studying in detail the different member countries.

Pompeo Della Posta (MA, PhD) Associate Professor in Economics at the University of Pisa, Italy. He is also external professor at the Stanford Bing Overseas Studies Program in Florence, where he teaches 'European economic and monetary integration' and has been Adjunct Professor of International Economics at the Johns Hopkins University Bologna Center.