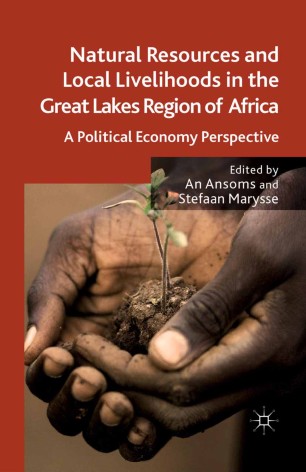 This book looks at how the benefits of economic development in the Great Lakes Region of Africa are not being equally distributed. It studies the impact of the increasing scramble for natural resources upon local livelihoods and considers the ambiguities that characterise the relationship between mining and development.

AN ANSOMS Lecturer in development studies at the Universite Catholique de Louvain (Belgium). She holds a PhD in economics and is involved in research on poverty and inequality in the Great Lakes Region. She pays particular attention to the challenges of rural development and pro-poor growth in land-scarce (post-)conflict environments.

STEFAAN MARYSSE Professor emeritus at the Institute of Development Policy and Management, University of Antwerp (Belgium), and director of ECA (Expertise in Central Africa, Brussels). He holds a phd of the Sorbonne /Paris and is involved in research on political economy and development. He co-edited 'The Political Economy of the Great Lakes Region in Africa: The Pitfalls of Enforced Democracy and Globalization', Palgrave, 2005.