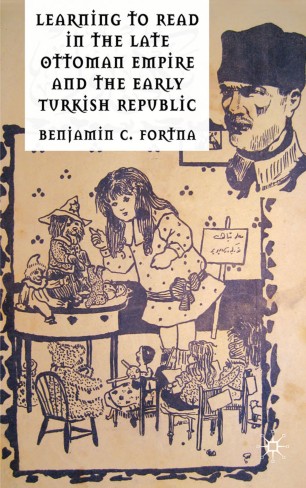 An exploration of the ways in which children learned and were taught to read, against the background of the transition from Ottoman Empire to Turkish Republic. This study gives us a fresh perspective on the transition from empire to republic by showing us the ways that reading was central to the construction of modernity.

BENJAMIN C. FORTNA teaches Middle Eastern History at the School of Oriental and African Studies, University of London, UK. He received degrees from Yale, Columbia and the University of Chicago. His publications include Imperial Classroom: Islam, Education and the State in the Late Ottoman Empire and the co-edited The Modern Middle East: A Sourcebook for History.

'I was much impressed by Benjamin C. Fortna's book Learning to Read in Late Ottoman and the Early Turkish Republic. The author, [...] possesses considerable expertise in the field of Ottoman education....' - Professor Johann Strauss, Department of Turkish Studies, Strasbourg University, France

'Fortna has succeeded admirably at tackling the daunting question of how people learned to read in the late Ottoman Empire and early Turkish republic. His close examination of how and what children read reveals that the very process of acquiring literacy enabled citizens of the nation-state to think beyond and around the framework imposed by nationalist ideologies. His detailed and sophisticated analysis now makes it possible for us to incorporate the Ottoman/Turkish case into broader studies that seek to make sense of the role of literacy in the social histories of modernity and nationalism.'