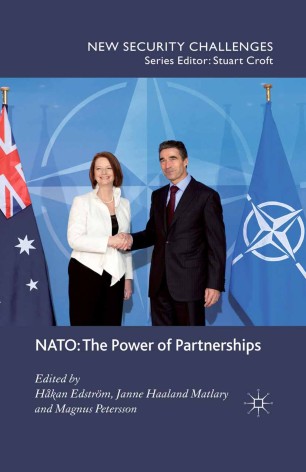 NATO: The Power of Partnerships

NATO has many European and global partner countries. The political and military utility of all these partnerships is clear; they 'provide' more security than they 'consume'. But the utility for NATO of partners also changes over time. This book scrutinizes these partnerships, both from a NATO perspective and from that of its partners.

'A must-read reference for NATO policymakers in the wake of the Lisbon 'partnership' summit, where Alliance leaders resolved to strengthen every existing partnership and build new ones.'

"As the challenges confronting NATO have become more global, the Alliance's partnerships have become increasingly important as well as politically and geographically diverse. This timely volume offers an extraordinarily comprehensive account of the utility of these various partnership initiatives to NATO, to its individual members, and to the partners themselves."

'Addressing a little studied aspect of NATO's evolving mission - its partnerships with a variety of countries from Argentina to Australia - the authors write with admirable erudition and refreshing good sense. Each offers a key insight into the way in which the alliance has tried to reboot itself since the end of the Cold War, with varying degrees of success.'

"This volume makes a valuable contribution to the literature on NATO, casting new light on a field of study that has received little scholarly attention until now."