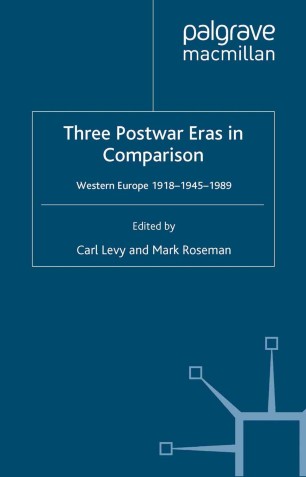 A brief glance at twentieth century European history would suggest that wars and their aftermath produced the major turning points in its development. Three times - in 1918, 1945 and again in 1989 - Europe was confronted with major questions of restructuring and rebuilding. But can we really divide Europe's development into neat postwar eras? Why was the period 1945-1989 so much more stable and prosperous than 1918-1939? Has the end of the cold war changed the basis of the post-1945 settlement? This comparative collection offers some unique insights into these questions.