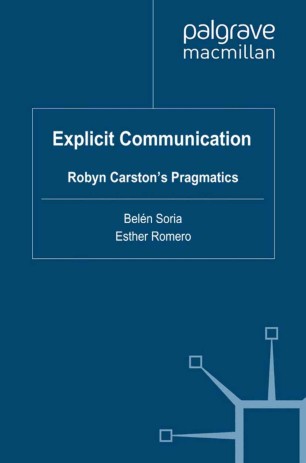 Part of the Palgrave Studies in Pragmatics, Language and Cognition book series (PSPLC)

This collection brings about a current interdisciplinary debate on explicit communication. With Robyn Carston's pragmatics at the core of the discussion, special attention is drawn to linguistic under-determinacy, the explicit/implicit divide and also to the construction or recruitment of concepts in on-line utterance comprehension.