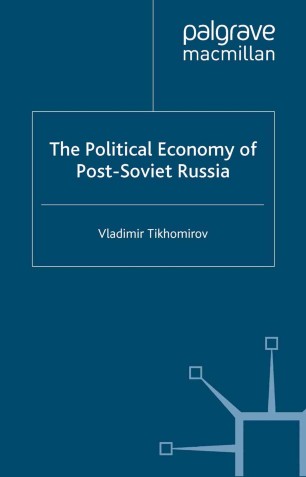 The Political Economy of Post-Soviet Russia

This book deals with general political and economic developments that took place in Russia since the collapse of the Soviet Union. The major aim of the book is to analyse successes and failures of Russian reform attempts, as well as their effect on the development of Russian regions, particularly from the point of view of interrelation between socio-economic tendencies and political developments. Analysis concentrates on both national dynamics and dynamics of development in three main groups of regions (mining, agricultural and manufacturing).

Vladimir Tikhomirov is Deputy Director of the Contemporary Europe Research Centre at the University of Melbourne, Australia.