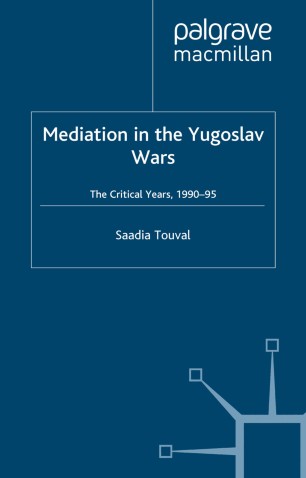 Mediation in the Yugoslav Wars

Part of the Advances in Political Science: An International Series book series (ADPOSC)

Has any good come out of the efforts to mediate the conflicts in the former Yugoslavia? The short answer is, 'Yes, but...' Mediation has brought about agreements that halted the fighting in Slovenia, Croatia and Bosnia. Yet, the negotiations took too long, and their achievements came too late. Between 1991 and 1995 some two hundred thousand people lost their lives, and close to two million were uprooted from their homes. Saadia Touval examines why the efforts to reach a negotiated solution have not been more effective. He calls attention to two lessons: that collective mediation faces much greater obstacles than mediation by individual states, and that a mediator's priority should be saving lives, rather than aiming at other objectives, or even pursuing justice.