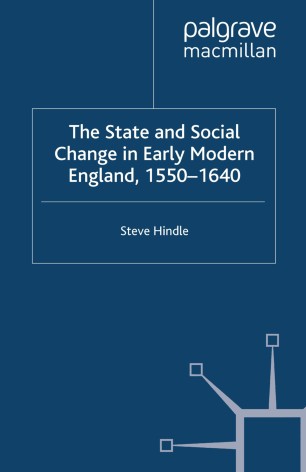 This is a study of the social and cultural implications of the growth of governance in England in the century after 1550. It is principally concerned with the role played by the middling sort in social and political regulation, especially through the use of the law. It discusses the evolution of public policy in the context of contemporary understandings, of economic change; and analyses litigation, arbitration, social welfare, criminal justice, moral regulation and parochial analyses administration as manifestations of the increasing role of the state in early modern England.

STEVE HINDLE was educated in Cambridge and Minneapolis. He was research fellow in history at Girton College, Cambridge 1991-93 and is currently Warwick Research Fellow in the Department of History, University of Warwick. He won the John Nicholls prize in local history awarded by the University of Leicester in 1995 and the Alexander Prize awarded by the Royal Historical Society in 1997.