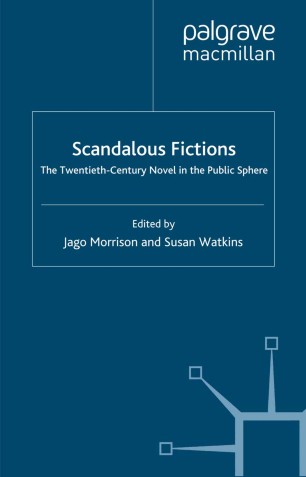 The Twentieth-Century Novel in the Public Sphere

This study re-examines the twentieth-century novel as a form shaped by its problematic, often scandalous relation to the public sphere. Discussing ten texts against the challenges of their milieus, it considers twentieth-century fiction as a tradition of transgression, perennially caught between license and licentiousness, erudition and sedition.

'Scandalous Fictions is a deliberately unsettling yet highly readable collection of essays. It asks readers to reconsider what they think they know about ten much-discussed texts, chosen precisely because they have been much discussed. Between them, these books have been accused of blasphemy, obscenity, imposture, libel, licentiousness, sedition, and racism; yet, until now, surprisingly little attention has been paid to the ways in which such literary scandals are produced. This important book offers fresh and exciting perspectives on the acts of public misreading, censorship, and appropriation which result in scandalous fictions.' - Faye Hammill, Senior Lecturer in English, Cardiff University, UK

'This stimulating collection of essays addresses a number of compelling questions about the relationship between fiction and the public sphere. Focusing on scandalous texts which have provoked public fury and in some cases legal action, the contributors explore the implications of the breaching of textual boundaries between the aesthetic and the religious, the literary and the juridical, the fictive and the pornographic. In its range and scope and its attention to transnational literature, Scandalous Fictions offers a timely reminder of the culturally productive power of this most hybrid of forms.' - Professor Clare Hanson, University of Southampton, UK

'The short, bold and powerfully written chapters raise a multitude of connections and questions which resonate at the end of the collection, beyond the novels discussed...an innovative and thought-provoking re-reading of many familiar texts.' Women: A Cultural Review