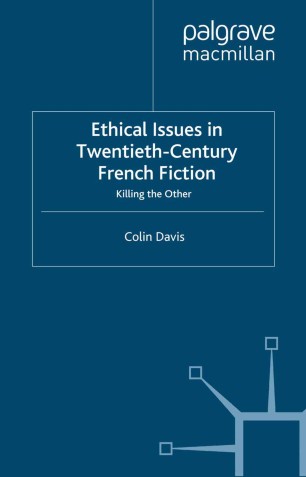 This book examines ethical problems raised by a number of key twentieth-century theoretical and fictional texts by authors such as Levinas, Sartre, Beauvoir, Yourcenar, Duras and Genet. It argues that even texts which apparently espouse ethical positions based on respect for and responsibility towards others, frequently depict conflict as an insurmountable aspect of human relations. This is reflected at an aesthetic level, as these texts both describe the struggle for supremacy and replicate it in their relation to their readers.

Colin Davis is Reader in French Literature at Oxford University, and Fellow and Tutor in French at Lady Margaret Hall, Oxford.