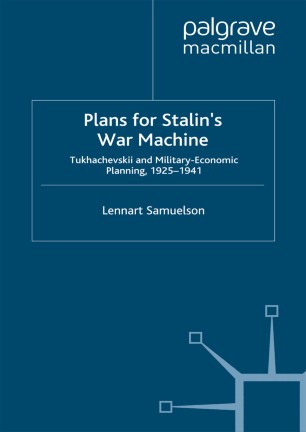 In the interwar period, Red Army commanders headed by Tukhachevskii developed a new doctrine of mobile warfare and 'deep operations'. The military requirements of armaments and industrial production in the event of war was a central parameter in Stalinist industrialization. Based on recently opened Russian archives, the book analyzes military dimensions of Soviet long-term economic and military reconstruction plans from the mid-1920s until 1941. It presents a new framework for estimating the Soviet war-economic preparations, drastically underestimated by contemporaries.

LENNART SAMUELSON acquired his academic training at the University of Stockholm where he was Lecturer in Economic History. He received his Ph.D. in economic history at the Stockholm School of Economics. He is Assistant Professor to the Institute for Research in Economic History and holds a research post at the National Defence College, Stockholm.