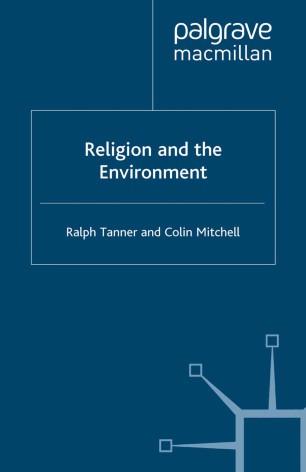 Religion and the Environment

This book is an analysis of the whole frontier between religion and the environment. It deals in turn with their interactions and the effects of each on the other in the major world religions. It considers the religious impact on human uses of time, space, materials, transport, and foods, and the environmental effects of religious influence on major topics such as population pressures, morbidity, mortality, marital arrangements, contraception, the treatment of animals, and environmental management.

RALPH TANNER has taught in the Universities of East Africa and London and was Chairman of the East African Institute of Social Research. He is co-author of Social Ecology of Religion and author of Transition in African Belief, the Witch Murders in Sukumaland and numerous articles on the sociology of religion.

COLIN MITCHELL served on the United Nations team assessing the Ethiopian national development plan. He has many years experience in soil survey and land evaluation, both as a project manager and a university lecturer and has worked in many areas, especially Moslem countries, southern Europe, Africa and China, including Tibet.