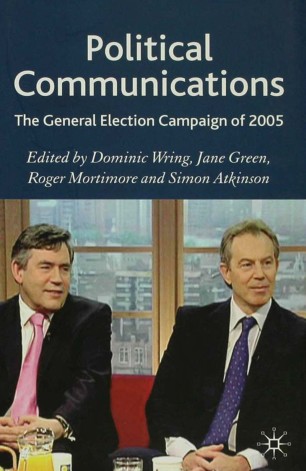 The General Election Campaign of 2005

This offers a unique insight into the 2005 British General Election from the perspectives of those responsible for organizing, reporting, and understanding the campaign. It contains definitive accounts of what happened from those most intimately involved in preparing the main party strategies as well as leading academic, media and polling experts.

'This is the best volume in the Political Communications series which started with the 1979 general election. It stands out for its rich empirical material on all aspects of the 2005 election and the consistently high level of analysis. Splendid.' - Dennis Kavanagh, Professor of Politics, University of Liverpool, UK

'This is an important text that makes a distinctive contribution to analysis of the 2005 general election and upholds the high standards of comment and scholarship establishd by it six predecessors.' - Michael Cole, Political Studies Review