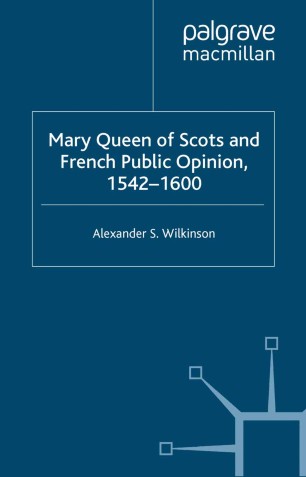 The French Wars of Religion were more than a battle for outright military victory. They were also a battle for the hearts and minds of the population of France. In this struggle to win over public opinion, often apparently peripheral issues could be engaged to make partisan points. Such was the case with the polemical literature surrounding Mary Queen of Scots. Based on major new bibliographic research, this study charts the evolving relationship between Mary and French public opinion.

ALEXANDER S. WILKINSON is a British Academy Postdoctoral fellow at the University of St. Andrews. He is the Project Manager of the St. Andrews Sixteenth-Century French Vernacular Book Project.