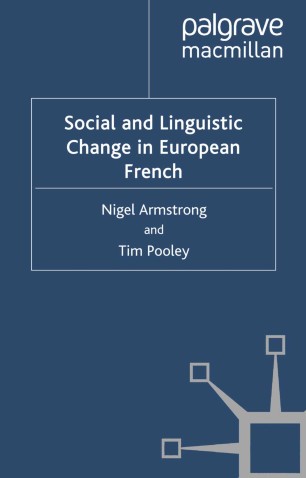 An in depth examination of linguistic variation and change as a reflection of social convergence in the major French-speaking countries of Europe - France, Belgium and Switzerland. Considered in the context of linguistic levelling the book provides a detailed account of recent social and linguistic change in European French.

NIGEL ARMSTRONG teaches French and linguistics at the University of Leeds, UK. Current research projects focus on social, regional and stylistic variation in French, as well as translation. His publications include Social and Stylistic Variation in Spoken French (2001) and Translation, Linguistics, Culture (2005)

TIM POOLEY. After a career spanning 30 years teaching French and linguistics at London Metropolitan University (in its various guises) Tim is now an independent researcher, whose main interests are sociolinguistics variation and minority languages in francophone Europe. His publications include Chtimi (1996) and Language, Dialect and Identity in Lille (2004)