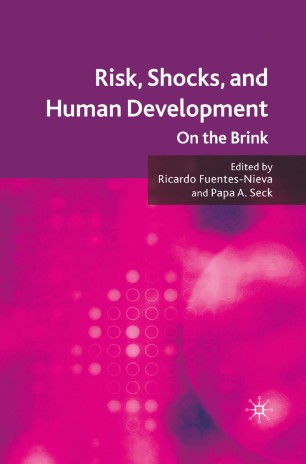 Sudden negative events are part of life, but some are more disastrous than others. This book analyzes the consequences of sudden negative shocks in the short and long term well being of people and how the policies implemented before, during and in the immediate aftermath of the event could help prevent these long lasting effects.

RICARDO FUENTES-NIEVA is policy specialist at the Human Development Report Office of UNDP. Recently, he was on leave from his position to write a chapter for the World Development Report 2010 at the World Bank. Before joining UNDP, he was director of statistical analysis and advisor to the Under Secretary of Social Development in Mexico; prior to that, he worked for the Research Department of the Inter-American Development Bank. He graduated with honors from CIDE in Mexico City and earned a master's degree in Economics from Universitat Pompeu Fabra in Spain.