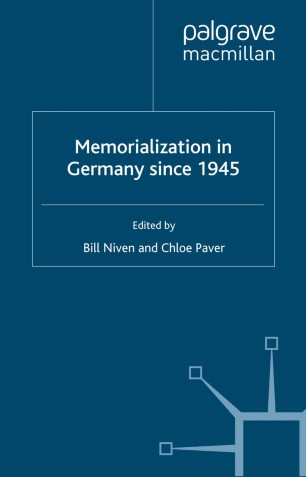 Memorialization in Germany since 1945

Difficult Pasts provides a wide-ranging discussion of contemporary Germany's rich memorial landscape. It discusses the many memorials to German losses during the Second World War, to the victims of National Socialism and to those of GDR socialism. With up-to-date coverage of many less well-known memorials as well as the most publicised ones.

BILL NIVEN is Professor of Contemporary German History at Nottingham Trent University, UK. He is author of Facing the Nazi Past and is currently preparing a book called A Post-Holocaust History of Germany, 1945-2010, and editing a volume on the history and memory of the sinking of the Wilhelm Gustloff.