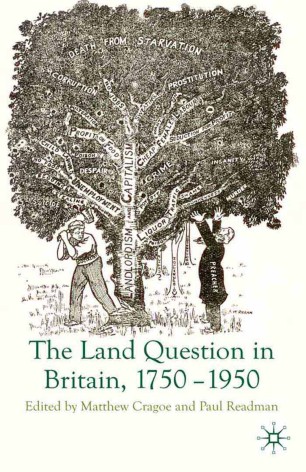 The 'Land Question' occupied a central place in political and cultural debates in Britain for nearly two centuries. From parliamentary enclosure in the mid-eighteenth century to the fierce Labour party debate concerning the nationalization of land after World War Two, the fate of the land held the power to galvanize the attention of the nation.