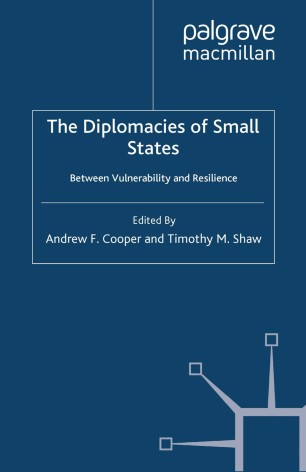 The Diplomacies of Small States

Between Vulnerability and Resilience

This is an in-depth analysis of the various methods used by small states to overcome their vulnerabilities in the international arena. With its balanced approach and variety of contributions, this book is of interest to researchers and academics who focus on the developing world or multilateral diplomacy.

'There's now a substantial, and ever-growing, literature on small states, and yet most of this takes the form of academic articles and commentaries rather than dedicated stand-alone volumes that interrogate the key issues and themes pertinent to small states. This volume does an absolutely outstanding job in identifying, and exploring, this diversity of issues and themes in an accessible and engaging manner. It sets out brilliantly the core debates surrounding the status of small states in the international political economy - including, crucially, as actors in rather than passive objects of international relations - and, as such, offers a good way in to debates about development more broadly. It's a fabulous book that, crucially, speaks both to academic scholars and students alike.' - Nicola Smith, Senior Lecturer in Political Science, University of Birmingham, UK