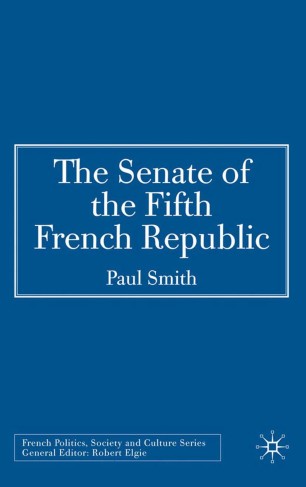 The Senate of the Fifth French Republic

Paul Smith examines how the Senate has attempted, since 1958, to locate itself within the French (semi-) presidential system, how it asserts its place in relation to the President, Government and National Assembly and how it has sought, in recent years, to develop an autonomous and particular sense of identity.

PAUL SMITH is Associate Professor and Senior Lecturer in the Department of French and Francophone Studies at the University of Nottingham, UK. He is the author of Feminism and the Third Republic and A History of the French Senate.