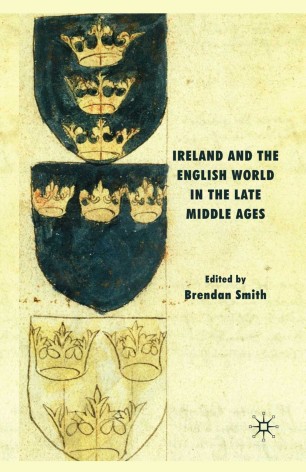 Ireland and the English World in the Late Middle Ages

Essays in Honour of Frame

This volume extends the 'British Isles' approach pioneered by Robin Frame and Rees Davies to the later middle ages. Through examination of issues such as frontier formation, colonial identities and connections with the wider world it explores whether this period saw the bonds between the British Isles weaken, strengthen, or simply alter.

BRENDAN SMITH  was educated at Trinity College Dublin and was a Newman Scholar at University College Dublin before his appointment to the University of Bristol in 1993. His publications include (ed.) Britain and Ireland, 900–1300: Insular Responses to Medieval European Change.