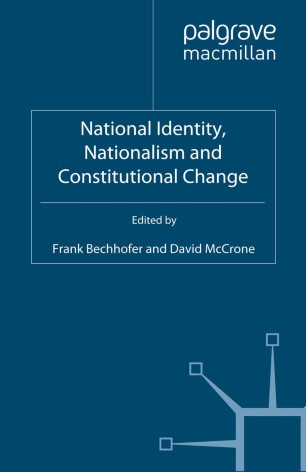 What does it mean to say you're English, Scottish, British? Does it matter much to people? Has devolution and constitutional change made a difference to national identity? Does the future of the UK depend on whether or not people think they are British? Social and political scientists answer these questions vital to the future of the British state.

FRANK BECHHOFER is Emeritus Professor at the University of Edinburgh, UK, where he was Professor of Social Research until 1997. He is a Fellow of the Royal Society of Edinburgh. For more than a decade he has carried out research with David McCrone on national identity and nationalism.

DAVID MCCRONE is Professor of Sociology, and Co-Director of the Institute of Governance at the University of Edinburgh, UK. He is a Fellow of the Royal Society of Edinburgh, and a Fellow of the British Academy. He coordinated the research programme on Constitutional Change and National Identity funded by The Leverhulme Trust (1999-2005).