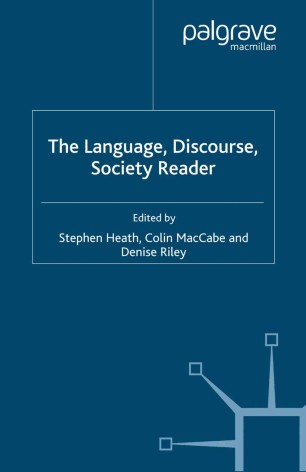 For the last twenty-five years, Language, Discourse, Society has been the most intellectually challenging series in English. Its titles range across the disciplines from linguistics to biology, from literary criticism to law, combining vigorous scholarship and theoretical analysis at the service of a broad political engagement. This anniversary reader brings together a fascinating group of thinkers from both sides of the Atlantic with an introductory overview from the editors which considers the development of theory and scholarship over the past two decades.