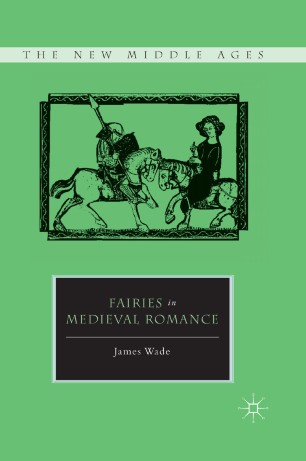 This is the first book to construct a theoretical framework that not only introduces a new way of reading romance writing at large, but more specifically that generates useful critical readings of the specific functions of fairies in individual romance texts.

"This stimulating, innovative, and notably well-written book should be required reading for all interested in medieval romance and folklore. Wade covers a wide range of medieval literature, both fiction and history, and makes deft use of recent theoretical and philosophical work to explore the narratological uses of fairies and other possible worlds. " - Elizabeth Archibald, Professor of Medieval Literature, University of Bristol

"Unlike folklorists and historians, literary scholars have been strangely reluctant to tackle the omnipresent fairies of medieval narratives, and Wade's fascinating Fairies in Medieval Romance is the first book-length study in English to take the subject seriously since the days of C.S. Lewis.Drawing on possible-worlds theorists, Wade offers us a revitalized and nuanced discussion of the world-constructing powers of medieval authors that will be of great interest to narratologists and readers of fantasy fiction as well as mainstream medievalists. Rejecting the stereotype of the uninspired romance writer mechanically rehashing the half-forgotten superstitions of an earlier age, Wade presents us with a parade of active and inventive authors who employ the construction of fairyland to explore some of the most vital ideological concerns of the Middle Ages. An important book that should change the way we think about medieval popular romance." - Richard Firth Green, Director of the Center for Medieval and Renaissance Studies, The Ohio State University