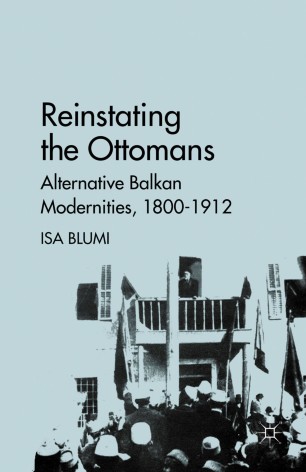 This book focuses on the western Balkans in the period 1820-1912, in particular on the peoples and social groups that the later national history would claim to have been Albanians, providing a revisionist exploration of national identity prior to the establishment of the nation-state.

"Reinstating the Ottomans will - and it should, I believe - provoke strong reactions, but this is only a strength of the book because its well-founded conclusions and meticulously established observations - if not new facts - is a much needed challenge to any student not only of the western Balkans but of the Ottoman Empire as a whole as well as of south-eastern Europe. His historical scholarly methodology reflects a strict observance of the rigorous basic rules of the modern historical science, namely that the historian should show how things actually happened. This is what Blumi does. The same basic rules also require that the historian should refrain from judging the past. This is the tendency Blumi takes to task when questioning the categories used by the national historiography. Blumi fruitfully applies insights from social science and literary studies among others in his analysis of the sources. This approach enables him to identify - and give a voice to - those who were governed." - Mogens Pelt, Associate Professor in International History at Saxo Institute, History Section, University of Copenhagen

"This book beautifully traces the coincidences and personalities during the crucial second half of the nineteenth century when the new states emerged, and shows how the Ottoman state responded and how states, borders, and bureaucracies descended across the Balkans. By focusing on the regions which remained with the Ottoman Empire longest, Blumi sketches a rich narrative of people who did not identify as Albanians, Ottomans, or Muslims, but whose ambiguity of identity was a defining mark of the region at least until the early twentieth century. The book is not only a rewarding read for those interested in the history of Balkans, but it also helps us understand the present in this part of Europe better and forces us to take a hard look at the seeming normality of nations today." - Florian Bieber, Professor for Southeast European Studies, University of Graz"Isa Blumi masterfully questions the way Balkan history is often told; instead of using national binaries, he revives the fluid affiliations of those inhabitants of the Western Balkans that became residents of Albania after 1912. His examination of the final years of the Ottoman Empire in the Balkans is refreshing in its faithful recovery of the conflicting experiences of individuals and communities facing fundamental change. This is an excellent contribution to a growing body of works that demonstrate the futility of searching for firm national identities in the Ottoman Balkans and instead explore the local and regional loyalties of the population." - Theodora Dragostinova, Assistant Professor, Department of History, Ohio State University