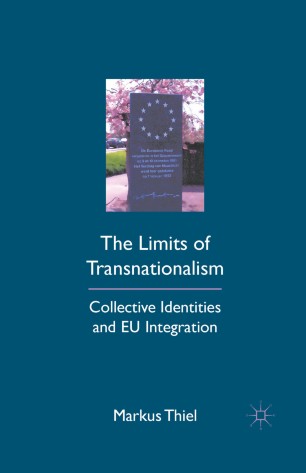 The Limits of Transnationalism

Through the application of public opinion, interview, and print-media analyses, this book provides evidence that the state of transnational identification among citizens in the EU as a result of post-Maastricht integration measures, such as the completion of the Common Market, the introduction of the Euro, the initiation of the Common Foreign and Security Policy etc. in the United Kingdom, Ireland, and Germany had limited effects in the member states to the extent that national political cultures and mass media orientations are compatible with the goals of EU integration. Policy recommendations are derived by reviewing the complex relationship between EU policies and structural factors such as immigration, ageing and the mediatization of politics in which European integration occurs.

"The appeal of pan-European identity construction to Europe s diverse peoples has been axiomatic in European studies. Markus Thiel s wide-ranging research into attitudinal data, individual citizen reactions, and media coverage bearing on transnational identification paints a picture of a European Union stumbling towards identity consensus rather than sprinting towards it. His in-depth case studies of Ireland, Britain, and Germany reveal how at best a bounded transnationalism - and at worst an old-school protective nationalism - are more probable identity responses than inclusive transnationalism and European cosmopolitanism. Euro-optimists will be chastened by Thiel s incontrovertible evidence highlighting the uneven movement towards convergence around European identity." - Raymond Taras, Willy Brandt Professor, Malmö University and Professor of Political Science, Tulane University