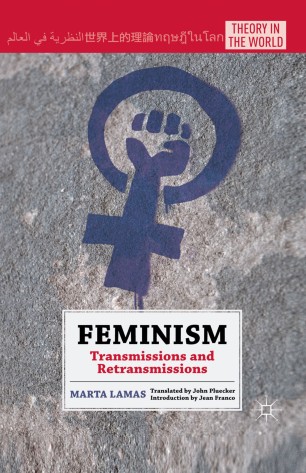 Part of the Theory in the World book series (TW)

Adding to the debate on a range of issues, this book presents a critical and deeply personal history of Mexican feminism in the last thirty five years. Drawing from her many years of activism and anthropological scholarship, influential thinker Marta Lamas covers topics such as the political development of the feminist movement, affirmative action in the workplace, conceptual advances in regard to gender, and disagreements among feminists. Here in English for the first time, this work offers invaluable insight into the theoretical and political tensions that have shaped Mexican feminism and the world at large.

Marta Lamas is a Professor in both the Gender Studies Program in the Universidad Nacional Autónoma de México and the Department of Political Science at the Instituto Tecnológico Autónomo de México and one of the most influential feminists in Mexico. She is the author of five books and has contributed to nine edited collections. She is the director of the journal Debate Feminista and founded the organization Grupo de Información en Reproducción Elegida (GIRE) and Instituto de Liderazgo Simone de Beauvoir.

"As Jean Franco remarks in the introduction to this extraordinary collection of essays, Marta Lamas "remains required

the world. This translated collection of four of Lamas's key essays, many of which have been circulating for years

throughout Latin America, particularly in her home nation of Mexico, provides English readers an essential if not

psychoanalysis to Marxism and anthropology. The essays range chronologically from Lamas's earliest writings in the

1970s through the early 21st century and cover four main topics: the political development of one sector of the

feminist movement in Mexico; a cross-cultural look at affirmative action in the workplace; conceptual advances in the

development of the gender concept; and a study of key disagreements among feminists. It is unfortunate that the price

of this book is so high, as it finally brings marginalized Latin American intellectualism north where it is sorely

"Anthropologist Marta Lamas's book is a compelling examination of a variety of theoretical debates among contemporary feminists around the globe.From her location as a scholar/activist within the women's movement in Mexico, she charts the evolution of her own intellectual/political journey over the past three decades. This text is a model for feminist theorists who are committed to similar self-reflections about a movement that has helped to transform both the academy and civil society." - Beverly Guy-Sheftall, Founding Director, Women's Research & Resource Center and Anna Julia Cooper Professor of Women's Studies, Spelman College and past president of the National Women's Studies Association

"Marta Lamasis a refreshing, incisive voice and the history she charts is a welcome and informative one.The English translation of Feminism poses questions and problems that remain points of contention in feminist work across institutions and social spaces. This will be a timely and useful resource for students and scholars interested in learning more about theoretical and political tensions that shaped late twentieth-century Mexican feminism." - Rosemary Hennessy, Director, Center for the Study of Women, Gender and Sexuality and Professor, Department of English, Rice University

"Three main scholarly heritages - anthropology, feminism, and Marxism - overlap and inspire Lamas's approach in this veritable tour de force. This book takes up from the early days of women's consciousness-raising, to today's global feminist commitment, to human rights and a democratic praxis founded on inclusionary politics. A feminist in the trenches since the 1970s, Lamas offers new generations of students and scholars a highly accessible text that will persist, undoubtedly, as a required reference for years to come. This is a book you want to read, teach, and keep at hand." - Norma Klahn, Professor of Literature, University of California, Santa Cruz

"Lamas gives us new forms of feminist theory and politics from the perspective of her own long-standing engagement with Mexican feminism. Here, we learn how terms like 'feminism,''gender,' 'sexual difference,' and 'essentialism' have been historically and locally inflected bymujerismo, sectarian discord, and Zapatista feminism, as well as by common struggles against the Catholic Church,the machismo of workers' parties, indigenismo movements on the left,and habits of political corruption that have encouraged rape and abuse.A profound reflection on the place of 'theory' in future iterations of feminist theory and political activism rounds out the work's compass. Lamas's ground-breaking book, like others in this important series, reminds us that theory is nota Eurocentric affair, but rather a multi-sited thinking in and of the world." - Emily Apter, Professor of French and Comparative Literature, New York University and series editor of Translation/Transnation

"Marta Lamas is an extraordinary thinker and writer. Her work is path-breaking and original. This book will bring her and the history of Mexican feminism to a broad audience. As theory and history it is an indispensable read." - Joan W. Scott, Harold F. Linder Professor of Social Science, Institute for Advanced Study

"Lamas's essays span three decades of intellectual and political leadership in Mexico's feminist movement. Among the challenges they throw down, two stand out: politics will go nowhere without theory, and feminism must overcome dogmatism and 'arrogant' sectarianism if it is to develop a viable political base. The Theory in the World series is an ideal setting for the transmission of Lamas's work." - Mary Louise Pratt, Professor, Department of Spanish and Portuguese Languages and Literatures, New York University