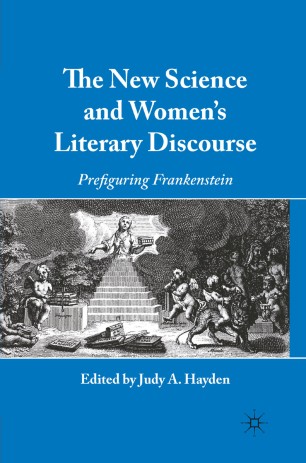 Looking at literary discourse, including poetry, fiction and non-fiction, diaries, and drama, this collection offers remarkable and fascinating examples of women writers who integrated scientific material in their literary narratives.

JUDY A. HAYDEN Associate Professor of English and Director of Women's Studies at the University of Tampa, USA. Her publications include Of Love and War: The Political Voice in the Early Plays of Aphra Behn, a co-edited collection, Many Floridas: Women Envisioning Change, and numerous book articles and essays in journals.

"Complete unique...This interdisciplinary collection unites literary studies with the history of science to produce a carefully balanced and enjoyable survey that will appeal to a diverse readership." - Journal of British Studies

"[The essays] present a coherent argument about women's contributions to the new science that is fascinating, engaging, and thought-provoking." - Isis

"The New Science and Women's Literary Discourse: Prefiguring Frankenstein explores the multi-faceted engagement of women in the new science over the course of the long eighteenth century. Eschewing often-rehearsed assumptions about women's exclusion from advances in science, medicine, and technology, the insightful and wide-ranging essays collected here show how women at many levels of society adapted, critiqued, and popularized the contested ideas that animated the intellectual world in which they lived . . . This is an important collection that offers a substantial contribution to the growing conversation about women's involvement in the world and worldviews of the new science." - Eve Keller, Professor of English, Fordham University and author of Generating Bodies and Gendered Selves: The Rhetoric of Reproduction in Early Modern England

"Bringing together essays on a wide range of women writers who engaged with scientific knowledge and practice from the seventeenth century to the Romantic era, this volume nicely represents current scholarship on gender, literature, and science. The work of the women authors considered in these essays reminds us of the myriad ways that science, broadly construed, drew on and contributed to the wider culture, and especially the literary culture, in this period." - Mary Terrall, Associate Professor, University of California, Los Angeles

"Hayden's interdisciplinary collection of essays provides a sorely-needed, wonderfully broad survey of women's participation in the issues and techniques of natural philosophy in the long eighteenth century. Readers will find here rich discussions about science and literary representation from the Restoration to the Regency Highlands that help to reposition women within the scientific culture." - Barbara M. Benedict, Charles A. Dana Chair of English, Trinity College