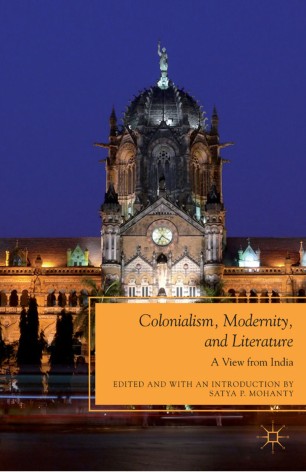 A View from India

Part of the The Future of Minority Studies book series (FMS)

The product of years of cross-border and cross-disciplinary collaboration, this is an innovative volume of essays situated at the intersection of multi-disciplinary fields: postcolonial/subaltern theory; comparative literary analysis, especially with a South Asian and transnational focus; the study of 'alternative' and 'indigenous' modernities

"Senapati's brilliant novel Six Acres and a Third performs a rare feat, weaving early modern traditions of social critique with an anti-colonial modern sensibility that seems almost post-modern in its reflexivity. This wonderfully stimulating collection of essays brings out the multiple facets of the novel with almost equal freedom by juxtaposing and comparing it to novels across time, regions as well as cultures. Surely a first in postcolonial studies!" - Vasudha Dalmia, Professor of Hindi and Modern South Asian Studies, University of California, Berkeley

"This volume of critical essays on colonialism and modernity revisits the episteme of 'modernity' in a new way by taking into account its non-Western roots. The kind of modernity that Professor Mohanty and other contributors to this volume have identified in the writings of Fakir Mohan Senapati and other Indian writers in the 19th century seems more vibrant and open-ended than its Western counterpart. By combining a pragmatic and empirical approach with a vision of a possible theory of comparative literature born out of an encounter between indigenous and colonial forces, the central thesis of this volume provides a new orientation to comparative literary studies at the present time. Its publication is certainly a landmark event for literary studies." - Prafulla Kar, Director, Centre for Contemporary Theory, Baroda, and former Professor of English, University of Baroda, India.

"The subaltern speaks in this path-breaking collection on comparative modernities and the interlocking literatures it spawned in the late nineteenth-century colonial period. Senapati's Six Acres and a Third is fascinating for its blend of realist and experimental narrative modes deployed for satire of not only colonialism but also the structures of greed and resistance in Orissan village society. Encompassing a variety of theoretical and historical approaches, the essays attest to Senapati's enduring significance while modeling a comparatism that remaps transnational modernist studies." - Susan Stanford Friedman, Virginia Woolf Professor of English and Women's Studies, University of Wisconsin-Madison