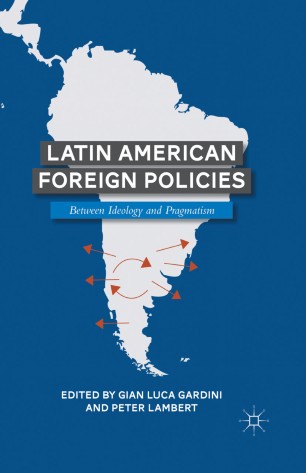 Between Ideology and Pragmatism

In recent years several Latin American countries have adopted a more assertive and autonomous stance in their foreign policy. The growing rejection of neo-liberalism as an ideological dogma seems to have given space to more pragmatic stances in favour of national interests.

"This book is a timely and indispensable companion to all those interested in understanding contemporary developments in Latin America in the light of the changes in the international structure." - Tullo Vigevani, Professor of International Politics, Sao Paulo State University, Brazil "This volume chronicles the coming of age of Latin American foreign policy in the past two decades. Rare among edited volumes, the authors use the same framework to analyze the foreign policies of 11 Latin American countries. In the new millennium as Latin Americans define their own future, the Gardini and Lambert book is indispensable." - Robert A. Pastor, Professor at American University and Former National Security Advisor for Latin American Affairs

"This timely and thorough volume addresses the fascinating and much overlooked component of Latin American foreign policies in the current globalized era. We are used to believing that Latin America is always on the receiving end of diplomacy, but this volume's well-researched contributions force us to reconsider our assumptions." - Russell Crandall, Professor of international politics, Davidson College and author of The United States and Latin America after the Cold War

"A volume such as this one is long overdue. In the first decade of the 21st century, unprecedented domestic political change and a shift in global power structures allowed Latin American states to greatly enhance their global presence, both individually and collectively. Gardini and Lambert dissect this process by bringing together wide-ranging case studies of the recent foreign policies of 11 key Latin American states. The line-up of distinguished contributors is impressive, and the result is a volume that subtly analyses the tradeoffs between ideology and pragmatism in regional policy making. The book will prove useful to academics and policy makers alike." - Timothy J. Power, Director, Latin American Centre, University of Oxford

"One of the most valuable assets among the many of this book is the enduring quality of the overall framework that serves as the basis for analysis throughout the volume." - David Scott Palmer, Professor of International Relations, Boston University