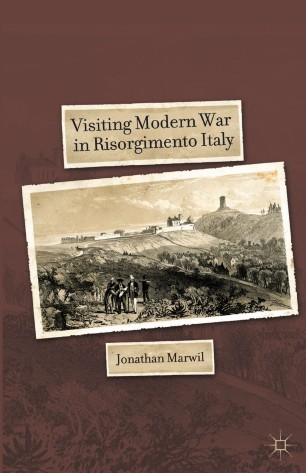 This book examines the social and cultural consequences of a war normally looked at for its role in the story of Italian unification - the convergence of French, Austrian, and Piedmont-Sardinian armies in northern Italy in 1859, referred to in Italy as the "Second War for Independence."

JONATHAN MARWIL is a Lecturer at the University of Michigan, USA.

"The theme of the compelling history of this short, sharp Austro-Piedmontese war is spectatorship. Told through the eyes of the people who went to northern Italy in 1859 to lead armies, fight, write about, paint and photograph the Battles of Montebello, Magenta and Solferino, Jonathan Marwil's book shows how these individuals inserted themselves into a drama that briefly captivated publics in Milan, Paris, Vienna, London and New York. Marwil shows how the humanitarian cost of war, as well as the troubling morality of public consumption of the violence that left so many dead and maimed, emerged for many as the conflict's primary legacy. Visiting Modern War in Risorgimento Italy illustrates the human capacity to accommodate opposing ideas; in this case, war as glory, and war as pity." - Times Literary Supplement "Visiting Modern War in Risorgimento Italy is at once a compelling account of battle and a profound reflection on how the lens of culture distorts and softens the image of war. With keen perception and writerly verve, Jonathan Marwil conjures a cast of remarkable characters - artists and adventurers, writers and sightseers, all of them drawn to a long-ago scene of carnage - then shows us how their depiction of war evolved from horror to reverence to myth. It is a tour de force." - James Tobin, author of Ernie Pyle's War, winner of the National Book Critics Circle Award in biography "This is a beautiful and fascinating book. Lovingly crafted, it tells the story of one particularly bloody battle and the way that story was narrated, represented, photographed, painted and remembered and forgotten after the actual event had ended. The story is well told, the writing is excellent, and the book holds the reader from start to finish. There is also much original material throughout, especially the sections on photography and art, but also on the after-life of this battle in a whole series of other areas." - John Foot, Professor of Modern Italian History in the Department of Italian, University College London, and author of Italy's Divided Memory