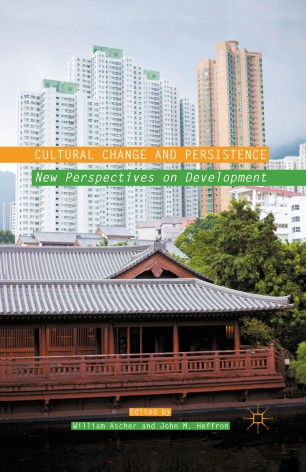 This book is about the ways that traditional cultural practices either change or persist in the face of social and economic development, whether the latter proceeds primarily from internal or external forces.

"This work shrewdly and compellingly advances the important topic of culture and economic development, enriching efforts ranging from anthropology (e.g. Stephen Gudeman) to World Bank economists. The authors cut through and across older formulations, for example, in their useful comparison of globalization and modernization and in their suggestive correlations of cultural factors as inhibiting and energizing development. As one favoring analysis both contextualizing and generalizing, I recommend this book for both scholars and practitioners." - James Peacock, Kenan Professor of Anthropology at the University of North Carolina and former president of the American Anthropological Association