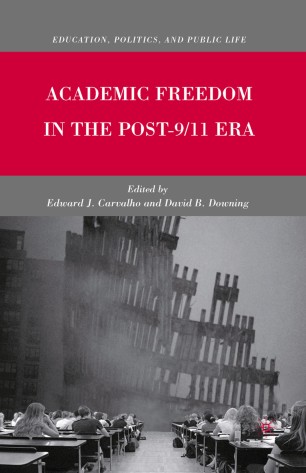 Academic freedom has been a principle that undergirds the university since 1915. Beyond this, it also protects a spirit of free inquiry essential to a democratic society. But in the post-9/11 present, the basic principles of academic freedom have been deeply challenged. There have been many startling instances where the rhetoric of national security and terror, corporate interests, and privatization have cast a pall over the terrain of academic freedom. In the post-9/11 university, professors face job loss or tenure denial for speaking against state power, while their students pay more tuition and fall deeper in debt. This timely collection features an impressive assembly of the nation s leading intellectuals, addressing some of the most urgent issues facing higher education in the United States today. Spanning a wide array of disciplinary fields, Academic Freedom in the Post-9/11 Era seeks to intervene on the economic and political crises that are compromising the future of our educational institutions.

'A timely and distinguished contribution to a very important debate. In the years since 9/11, government has become more authoritarian at all levels, with increasing surveillance, secrecy, and illegal actions. In this toxic climate for academic freedom and intellectual activism, a book like this is a useful instrument for talking up and talking back to power's efforts to silence dissent. It is rare for a single anthology to include such a stellar cast.' Ira Shor, Professor of Rhetoric/Composition, City University of New York and the College of Staten Island (CSI)

'Absolutely superb. Beyond the excellent coverage of the issues, the sheer number of top critical scholars and academic superstars from multiple disciplines is nothing short of astounding. I see potential here for this to become a defining and must-read, must-cite volume on academic freedom that becomes representative of the critical perspective.' Kenneth J. Saltman, Professor of Educational Policy Studies and Research, DePaul University; author of The Gift of Education: Public Education and Venture Philanthropy (Palgrave, 2010); and a founding editor of http://book-smarts.net/

'This is a compelling contribution to long-standing research on and debate about academic freedom; the role, responsibilities, and the challenges of the intellectual in specific historical settings; and the relationship between academia and democratic public life. Few works, to my knowledge, string together the intellectual orbits of such powerful thinkers as this one does. They are not interested in closing conversations about academic freedom, but in opening them, and opening them widely. The debate is now almost 100 years old and, with rare exception, has not been addressedwith theanalyticintensity, theoretical sweep, and social relevanceof this volume.' Christopher G. Robbins, Associate Professor of Social Foundations, Eastern Michigan University

"There are now a good number of publications collecting cases, analysis, and opinion about the malign impact of post-9/11 initiatives on academic life. Carvalho and Downing's volume is an important addition to this literature especially for the unique personal documents provided by Churchill and Finkelstein. We would do well to note that almost all of the cases considered here have their counterparts in Canada." Paul Handford, Professor Emeritus, University of Western Ontario