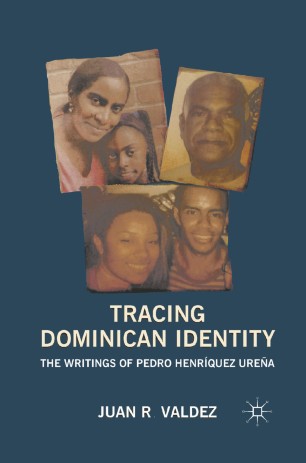 The Writings of Pedro Henríquez Ureña

The author analyzes and discusses the socio-historical meanings and implications of Pedro Henríquez Ureña's (1884-1946) writings on language. This important twentieth century Latin American intellectual is an unavoidable reference in Hispanic Linguistics and Cultural Studies.

JUAN R. VALDEZ Assistant Professor of Spanish at the University of Wyoming, USA.

"This book by Juan R. Valdez is a valuable contribution to the search for a better understanding of Dominican identity. The young scholar conducts a balanced and penetrating study of the thought of the celebrated Dominican humanist Pedro Henríquez Ureña, situating it carefully in its proper context while highlighting aspects that have hitherto gone unnoticed. Particularly worthy of mention is the analysis presented in chapter five, where Valdez defends the hypothesis that, in his extensive writing on language, the author of El español en Santo Domingo seeks to achieve a 'whitening of Dominican Identity.'" - Orlando Alba, Professor of Hispanic Linguistics, Brigham Young University

"This is a welcome addition to a growing literature on ideological processes in Hispanist philology and linguistics. Valdez brings a perspective informed by Gramscian cultural analysis and the linguistic anthropology of language ideologies to the task of linguistic historiography in the traditions of Koerner and Guitarte. The result is a fascinating account and sympathetic critique of linguistic theories in political, professional, and intellectual context, with an eye to the significance of the politics of national identity and race in specific linguistic debates." - Kathryn Woolard, Professor of Anthropology, University of California, San Diego, Co-editor, Language Ideologies: Practice and Theory

"In this ground-breaking study of Pedro Henríquez Ureña's writings on language and cultural identity in the Dominican Republic, Juan Valdez challenges us to question the racialized underpinnings of the Latin Americanist archive. Henríquez Ureña's fundamental contribution to the established paradigm in Latin American cultural history (for instance in Mexico, Argentina, the Hispanic Caribbean, and U.S. Hispanism) has been well documented. However, the philological and linguistic assumptions of his cultural discourse did not receive significant critical attention until now. Valdez approaches the subject of linguistics with bold insight in this fascinating book that is bound to become an important point of reference for both scholars and teachers concerned with the profound impact of cultural wars and linguistic purging on the education of citizens and the marginalization of others." - Julio Ramos, Professor Emeritus, University of California, Berkeley