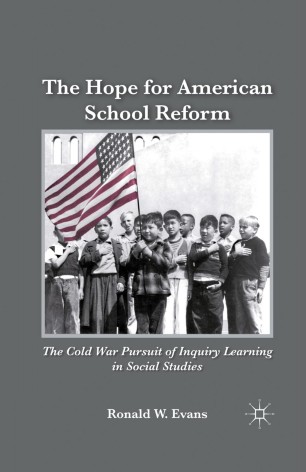 The Hope for American School Reform

The Cold War Pursuit of Inquiry Learning in Social Studies

The Hope of American School Reform tells the story of the origins of the reform in science and math education. The book is drawn, in part, on new research from previously untapped archival sources. The aim of this work is to contribute to our understanding of a major effort to reform school curricula.

"Ronald W. Evans has crafted what will surely become the seminal answers to the question 'Where did the new social studies come from and why should we care?' In this important, carefully researched, and well-written book, Evans situates the 40 federally funded curriculum projects that together came to be known as the 'new social studies' in historical context, drawing attention to their conservative origins, the many ways in which they were pedagogically progressive, and the reasons why they did not have the long-term impact so many educators hoped for and expected. This well-researched and lively book is important for all social studies educators who seek to learn from the past in order to create a better social studies future." - Diana Hess, professor, School of Education, University of Wisconsin-Madison

"Evans's latest book, like his earlier works, provides a meticulously researched history of social studies reform written in a style that is accessible to both scholars and lay readers. His narrative of the origins and reforms called for in the 'new social studies,' along with the concluding comparison to today's attempted educational reform movement, provides a cautionary tale about the motivations of politicians, reformers, and other political stakeholders as they attempt to change the direction of America's social studies/history program." - Barbara Slater Stern, professor, College of Education, James Madison University