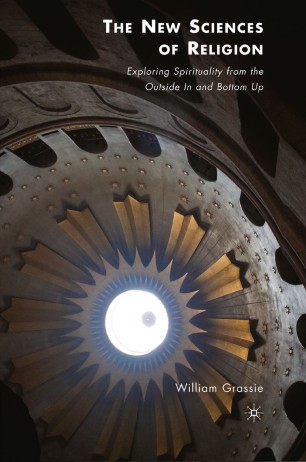 The New Sciences of Religion

Exploring Spirituality from the Outside In and Bottom Up

Performing a critical analysis of new scientific research on religious and spiritual phenomena, Grassie takes a two-staged phenomenological approach working from the 'outside in' and the 'bottom up' without privileging at the outset any religious traditions or philosophical assumptions.

William Grassie is founder of the Metanexus Institute, which works to promote the constructive engagement of religion and science. He received his doctorate in religion from Temple University in 1994 and his B.A. from Middlebury College in 1979. Grassie has taught in a variety of positions at Temple University, Swarthmore College, the University of Pennsylvania, City College of New York, and Pendle Hill.

"A typically colorful and significantly original approach to religion, as contemporary science interprets it. It is rare to find a book that covers so wide a range of scientific approaches to religion, and Grassie does so without falling prey to reductionism of either the scientific or the theological kinds. A remarkable achievement." - Wesley J. Wildman, Associate Professor of Philosophy, Theology, and Ethics, Boston University and the Institute for the Bio-Cultural Study of Religion

"Grassie's new book is a timely and much needed contribution to religious scholarship. The author makes a strong case that various scientific approaches may contribute to the understanding of religion but that scientific claims to have fully illuminated religions have been considerably overblown at times. This work will prove to be of great value for scholars of religion as well as for philosophers, scientists, students, and other educated readers. Strongly recommended." - Johh F. Haught, Distinguished Research Professor and Senior Fellow of Science and Religion, Georgetown University

"The significance of this work lies in the fact that it brings together in one accessible volume relevant scientific materials that are very up-to-date, materials that have not heretofore been assembled in a single work, and it relates those materials to the profound questions concerning the study of religion - both historically and in contemporary times. Furthermore, it engages its readers with a creative set of proposals for making sense of the mass of material it surveys. They enable the reader (including this reader) to move on to further study and reflection." - Philip Hefner, Professor of Theology Emeritus, Lutheran School of Theology at Chicago; past editor of Zygon: Journal of Religion and Science

"Grassie transcends the current conflict between religion and science to form a new synthesis that offers maximum support to both cultures (in the words of C.P. Snow). No current work has succeeded in this reconciliation and, given Grassie's background both in terms of academic training and life experience, no one of whom I know is more qualified to succeed. Unlike prevoious efforts of this magnitude, Grassie preserves rather than negates the independent autonomy of traditional religions. It is an argument I will be happy to endorse both because it seems right and because it in no way compromises my commitment to Judaism. On the contrary, it enhances that commitment." - Norbert Samuelson, Harold and Jean Grossman Chair of Jewish Studies at Arizona State University

"From his experience leading Metanexus, Grassie has long been in a privileged position to see (and sometimes to see through) what multiple sciences have been claiming when they attempt to explain (maybe trying to explain away) religious belief. From outside in and from bottom up, comprehensively, he is quite sure-footed in keeping the dialogue open or, as he says, 'functional.' Religions can be enriched by sciences; sciences can remain open to the insights of faith." - Holmes Rolston, III, University Distinguished Professor, Colorado State University

'In addition to the innovative concepts that the sciences of religion approach proposed by Grassies brings, what is interesting is his balanced attitude and his positive outlook. He takes into account the complexity of human beings without destroying our many human dimensions.' - European Society for the Study of Science and Theology

'This book is a great pleasure to read. Serious problems are discussed in an original way and in spite of the many subjects from different fields, the book is never difficult to read. The book is even entertaining.' -International Journal in Philosophy and Theology