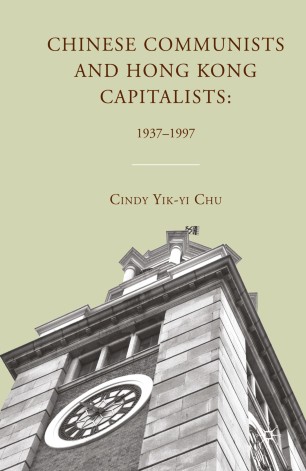 Cindy Yik-yi Chu is Professor in the Department of History at Hong Kong Baptist University.

"Throughout this useful study, a united front strategy frames the relationship between the Chinese Communist Party (CCP) and Hong Kong capitalists from 1937 to 1997. ... Chu's narrative makes a strong case for the long-term continuity of Hong Kong's elitist political parameters both before and after the 1997 transition. Summing up: Recommended. Upper-division undergraduate students through professionals." - R. P. Gardella, CHOICE

"This ground-breaking work emphasizes the crucial relationship between the Chinese Communist Party and the Chinese business elite of Hong Kong during the 60 years before 1997. The author argues convincingly that the strategy of collaborating closely with capitalists, far from contradicting the ideological principles of Communism, in fact has deep roots in the Party s decades-old united front policy. This is a powerful revelation for historians of modern China and for readers concerned with contemporary developments." - Elizabeth Sinn, Former Deputy Director of the Centre of Asian Studies, University of Hong Kong