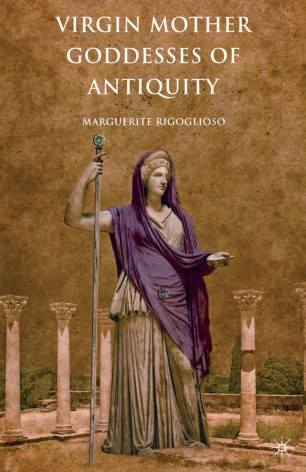 This study of various female deities of Graeco-Roman antiquity is the first to provide evidence that primary goddesses were conceived of as virgin mothers in the earliest layers of their cults. By taking feminist analysis of divinities further, this book provides a fresh angle on our understanding of these deities.

MARGUERITE RIGOGLIOSO is an Adjunct Instructor at the Dominican University of California, USA and the author of The Cult of Divine Birth in Ancient Greece (Palgrave Macmillan, 2009).

"Rigoglioso explores the power of virgin birth, or parthenogenesis, as the primal creative process. The clarity of her analysis reveals how pervasive and influential this motif and its rites were in the ancient world. Most interesting is her remarkable explication of the Eleusinian Mysteries, where - by her application of the 'missing piece' of virgin birth - she makes sense of much that has been passed over or ignored in the ancient texts. This is an original piece of scholarship that dares to imagine traditions at the foundation of Western culture in an entirely new light. As with any paradigm-shifting theory, some may challenge Rigoglioso's interpretations, but all readers will recognize that parthenogenesis, as a symbol of profound spiritual perception, could not have received a more articulate spokesperson. One feels in reading her work that she is writing from inside a tradition that we didn't even know existed, and the authenticity of her writing makes it all the more accessible and inviting." - Gregory Shaw, Professor of Religious Studies, Stonehill College and author of Theurgy and the Soul: The Neoplatonism of Iamblichus

"With this study, Rigoglioso has substantively corrected the common perception that 'a few' of the Greek goddesses have an inconsequential association with parthenogenesis. Her insightful explication of the parthenogenetic motif in the attributes of all the pre-Greek goddesses, as well as in the Thesmophoria and the Eleusinian Mysteries, establishes the generative powers of the Virgin Mother goddesses as a central dynamic in the pre-Greek substratum of Western religion." - Charlene Spretnak, author of Lost Goddesses of Early Greece