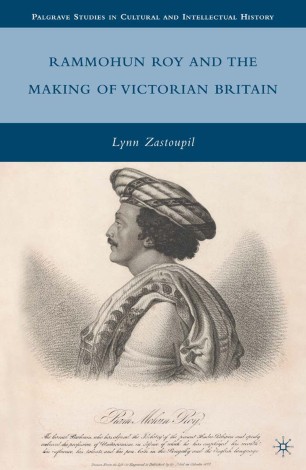 Rammohun Roy and the Making of Victorian Britain

This book investigates Rammohun Roy as a transnational celebrity. It examines the role of religious heterodoxy - particularly Christian Unitarianism - in transforming a colonial outsider into an imagined member of the emerging Victorian social order  It uses his fame to shed fresh light on nineteenth-century British reformers, including advocates of liberty of the press, early feminists, free trade imperialists, and constitutional reformers such as Jeremy Bentham.  Rammohun Roy's intellectual agendas are also interrogated, particularly how he employed Unitarianism and the British satiric tradition to undermine colonial rule in Bengal and provincialize England as a laggard nation in the progress towards rational religion and political liberty.


LYNN ZASTOUPIL is Professor of History at Rhodes College, USA, and author of John Stuart Mill and India (1994).

"Lynn Zastoupil s work constitutes a pioneering effort in the discovery of Rammohun s engagement with European-Christian public culture. It provides a most comprehensive and empirically detailed history of the encounter between Rammohun and the European public sphere (and most specifically with British social history). This book will remain an indispensable resource for scholars in the coming years." - H-Net

"The transnational lineaments of early nineteenth-century radical thought in Britain and elsewhere are traced in this learned and illuminating book. Zastoupil has made an important contribution to our understanding of the world that Rammohun Roy and his allies sought to change." - Dane Kennedy, Elmer Louis Kayser Professor of History and International Affairs, George Washington University

"Zastoupil s analysis of Rammohun Roy s encounter with early Victorian religious and social reformers is a most welcome and refreshing addition to what many might have otherwise thought was an already well-documented life. This study of a most remarkable figure, whose impact rippled around the globe, charts new pathways into the transnational flow of people and ideas." - Douglas M. Peers, Dean and Associate Vice President Graduate, York University