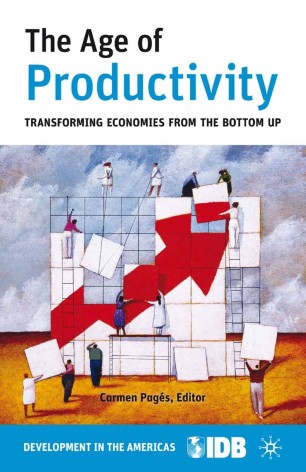 The Age of Productivity

Transforming Economies from the Bottom Up

Age of Productivity offers a look at how the low productivity in Latin America and the Caribbean is preventing the region from catching up with the developed world. The authors look beyond the traditional macro explanations and dig all the way down to the industry and firm level to uncover the causes.

The INTER-AMERICAN DEVELOPMENT BANK (IDB) is an international institution created in 1959 to foster economic and social development in Latin America and the Caribbean.

"In recent years the literature on the economics of growth has benefited greatly from the recognition that growth happens firm by firm, idea by idea, even individual by individual. This impressive volume, published by the Inter-American Development Bank, is evidence that the same spirit has began to animate the policy community." - Abhijit V. Banerjee, Department of Economics, M.I.T. "By looking at the policy challenges faced by Latin America through the lens of productivity, this report provides a fresh view on topics as diverse as factor markets, trade, social policy, taxation, and industrial policy." - Eduardo Engel, Professor of Economics, Yale University "Increasingly, we have learned by building up from firm level evidence that it is the misallocation of resources within industries that plays a critical role in the poor productivity performance of low-income and slow growing economies. Distortions to the size distribution of firms as well as to the relationship between firm productivity and firm size pervade poorly performing economies. This book sheds rich new light on these issues for Latin American and Caribbean economies and even more importantly explores the sources of such misallocation in terms of market structure, institutions and economic policies." - John Haltiwanger, Professor of Economics, University of Maryland