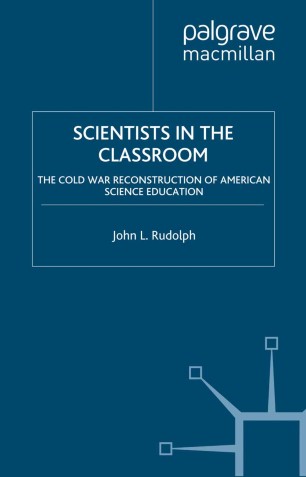 Scientists in the Classroom

During the 1950s, leading American scientists embarked on an unprecedented project to remake high school science education. Dissatisfaction with the 'soft' school curriculum of the time advocated by the professional education establishment, and concern over the growing technological sophistication of the Soviet Union, led government officials to encourage a handful of elite research scientists, fresh from their World War II successes, to revitalize the nations' science curricula. In Scientists in the Classroom , John L. Rudolph argues that the Cold War environment, long neglected in the history of education literature, is crucial to understanding both the reasons for the public acceptance of scientific authority in the field of education and the nature of the curriculum materials that were eventually produced. Drawing on a wealth of previously untapped resources from government and university archives, Rudolph focuses on the National Science Foundation-supported curriculum projects initiated in 1956. What the historical record reveals, according to Rudolph, is that these materials were designed not just to improve American science education, but to advance the professional interest of the American scientific community in the postwar period as well.