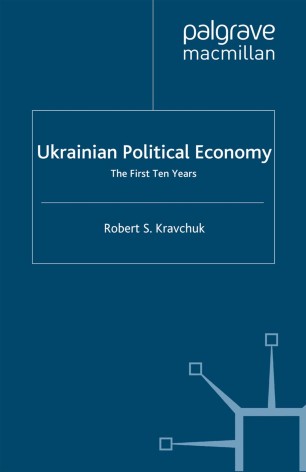 This comprehensive and detailed examination of the challenges faced by the newly independent state of Ukraine argues that its lackluster economic performance during the 1990s was the unfortunate result of a combination of the hasty adoption of public policies not clearly understood and a prolonged struggle to build governmental institutions. With a focus on both how the government used financial repression to balance budgets, dampen inflationary pressures and, at the same time, maintain formal and informal subsidies to state enterprises. It makes original contributions to the debate on economic reform by focusing attention on Ukraine's critical choices in the areas of state institution-building, fiscal policies and monetary reform, and the government's preference for financially-repressive policy measures.