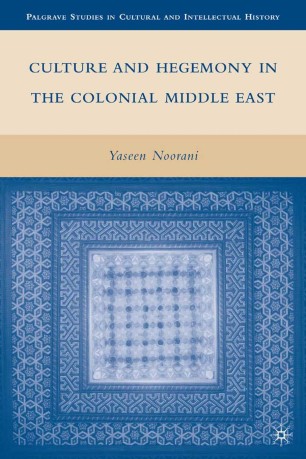 Culture and Hegemony in the Colonial Middle East

This work is a study of the nature and origin of nationality and modern social ideals in the Middle East, particularly Egypt, in the late nineteenth to mid-twentieth centuries. Bringing together writings on political and social reform with literary works, Noorani challenges dominant assumptions about the emergence of modernity. It shows that while nationalist, liberal, and democratic ideals emerged in the Middle East under European influence, these ideals were nevertheless created out of existing cultural values by reformers and intellectuals. The central element of this process, the book argues, was the transformation of virtue into nationality.

YASEEN NOORANI is an Assistant Professor of Near Eastern Studies at the University of Arizona, USA.