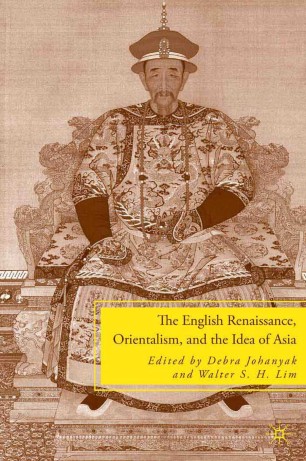 The English Renaissance, Orientalism, and the Idea of Asia

This unique collection of essays examines the complex significations of 'Asia' in the literary and cultural production of Early Modern England. Contributors come from a range of backgrounds to bring a range of perspectives to this topic.

"The essays in this eye-opening collection suggest not only that the Ottoman Empire, Mughal India, and China figured prominently in the early modern English imagination, but also that foundational works of the Renaissance literary canon emerged through an active engagement with the idea of Asia. By historicizing the production of Asia as a space of cultural alterity, the authors remind us powerfully that "the East" was never a stable category, but rather served as a productively mutable cultural token, steeped in the ambitions and anxieties of an island nation facing its first appearance on the world stage." - David Porter, University of Michigan and author of Ideographia: The Chinese Cipher in Early Modern Europe