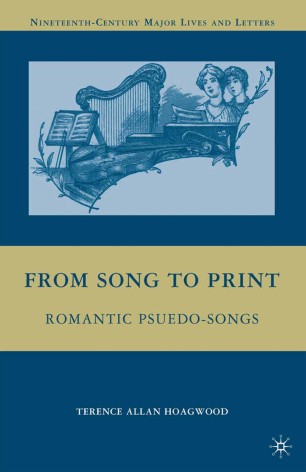 From Song to Print

From Song to Print is a study of the major cultural transition from oral forms of art and discourse to the commercial culture of print that happened during the Industrial Revolution. Through a discussion of ancient musical forms (classical, biblical, and early-modern poetry of song), this book explores the typographical simulation of music and oral poetry during the nineteenth century. Original and innovative, this work shows how the musical writings of Romantic poets, such as Wordsworth, Coleridge, Byron, and Keats, evoke antique cultures and ancient settings while offering a critique of their own imitative forms and the modern, commercial context in which they appear.