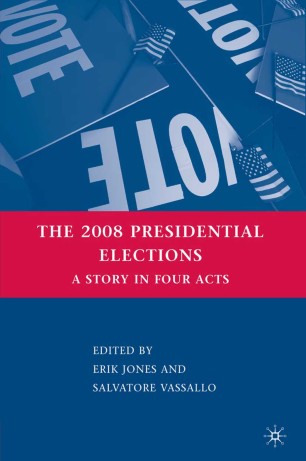 A Story in Four Acts

The election of Barack Obama fundamentally changed America's relationship with the outside world. Written by a mix of scholars and practitioners, the chapters cover the entire electoral process and analyze what Obama's victory suggests about the development of America, socially, economically, and in its foreign relations.


ERIK JONES is Professor of European Studies at the SAIS Bologna Centre of the Johns Hopkins University, USA and contributing editor of Survival.

SALVATORE VASSALLO is Member of Italian Parliament for the Partito Democratico and Professor of Political Science at the University of Bologna, Italy.