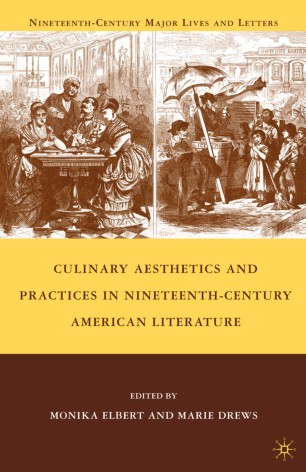 Culinary Aesthetics and Practices in Nineteenth-Century American Literature examines the preponderance of food imagery in nineteenth-century literary texts. Contributors to this volume analyze the social, political, and cultural implications of scenes involving food and dining and illustrate how "aesthetic" notions of culinary preparation are often undercut by the actual practices of cooking and eating. As contributors interrogate the values and meanings behind culinary discourses, they complicate commonplace notions about American identity and question the power structure behind food production and consumption.

"Culinary Aesthetics and Practices in Nineteenth-Century American Literature makes an original, interestingly diverse, and much-needed contribution to both the cultural study of American literature and the emerging field of critical food studies in the humanities." - Gregory Eiselein, Professor of English and Coffman University Distinguished Teaching Scholar, Kansas State University and author of Literature and Humanitarian Reform in the Civil War Era

"This cross-disciplinary collection investigates the complexities of making uniquely American food scenes out of continued exchanges transporting not merely food, but also its metaphors in a two-way flow of transatlantic responses. Elbert and Drews speak of a culinary declaration of independence as writers of popular fiction as well as of cookbooks and travel accounts shuttled between evocations of abundance and excess, scarcity and frugality to create intriguing culinary metaphors, compelling us to gloss anew changing ways of presenting food in writing." - Tamara S. Wagner, author of Longing: Narratives of Nostalgia in the British Novel, 1740-1890 and co-editor of Consuming Culture in the Long Nineteenth Century: Narratives of Consumption, 1700-1900