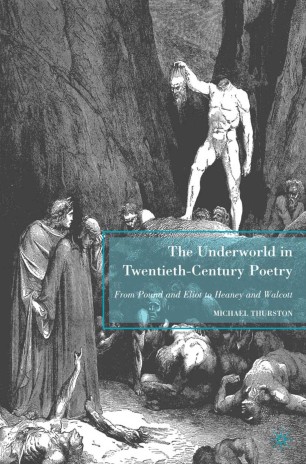 The Underworld in Twentieth-Century Poetry

From Pound and Eliot to Heaney and Walcott

The hero s descent into the Underworld is not only one of the oldest stories in western literature; it is also one of the most often retold. Why do so many modern poets - British and American, black and white, male and female, from the metropole and from the margins - stage Underworld descents in their works? Through a series of contextualized close readings, this study traces the cultural work performed by modern deployments of the classical narrative. While some poets engage their literary forebears to exorcise anxiety and others use Hell to sharpen their cultural critique, most recent poets, including James Merrill, Derek Walcott, Tony Harrison, and Seamus Heaney, have found the Underworld descent to be a useful framework for addressing the claims of history and politics.

"In The Underworld Descent in Twentieth-Century Poetry, Thurston assembles a wonderfully eclectic array of poems that share the motif of the underworld journey, and provides an elegantly delineated framework for understanding their relations both to each other and to the particular historical moments out of which they emerge. At the heart of Thurston s argument is a sharply drawn distinction between nekuia and katabasis, two phases of epic transactions with the underworld that he persuasively aligns with poetic tradition and political engagement. Often the mere act of identifying a poem as participating in the nekuia or katabasis traditions helps us to see a familiar text in a new light; I will never again read Adrienne Rich s "Diving into the Wreck," for example, without noticing how it restages the underworld journey. Thurston s readings are unfailingly illuminating and fresh, his juxtapositions surprising yet compelling. The result is a remarkably full representation of twentieth-century poetry in all its aesthetic and social variety." - Roger Gilbert, Cornell University